My memories of pumpkin picking are simple.  Park at the pumpkin patch.  Get out.  Walk to grassy area where pumpkins are laid out.  Pick a pumpkin.  Take a photo.  Pay.  Bring that sucker home and carve it.

My children are going to have different memories.  The weekend my mom was visiting we decided to take a ride out to the popular farm to get our pumpkins.   It was about 45 minutes away so we ate lunch, dressed Mini in her best pumpkin picking outfit and set out for the afternoon.

What we didn’t expect was an actual farm.  A hayride that took you half a mile to a field full of pumpkins.  Pumpkins still attached to vines.  Not big, orange beauties.  Strange looking, warty, fungus type pumpkins.  Still attached to the Earth.  Nowhere on the flyer did it say to bring a switchblade.   But it was an adventure.  Joey got to go on his first hayride.  Unfortunately we couldn’t bring the stroller all the way to the patch, so mom and I fought over who had to lug the 3 pumpkins and who had to hold Joey the whole time.  I got the pumpkins and honestly I don’t know who got the better end of that deal.

It was still muddy from the morning rain.  Our shoes kept sinking inches into the ground with each step we took.  But Mini kept on.  Screaming that she was going to find the “perfect pumpkin!”.  I don’t know if she ever found the perfect one, but she did run around that field like she was having the time of her life.  Squealing and shouting.  Jumping in puddles and tripping over vines.  Never complaining, just having a blast.

She had fun at the petting zoo and spent some time checking out the chickens.  She even went for a pony ride all by herself, which of course had me a little panicked but she did great.  I still don’t know why the kid leading the horse said “y’all aren’t from around here are ya?”  Wonder if it was Mini’s outfit…hmm, guess tutus aren’t big in farm life.

My favorite part of the whole day, besides the fresh squeezed lemonade, was the real, live Western that was acted out every hour, on the hour.  Seriously.  I’m talking gun fire.  Old men acting.  Arguing.  Shoot outs.  And those same old men laying “dead” on the floor after taking a bullet.  Laying on the floor until the show was over of course.  Can’t get out of character.

The day was definitely unlike any day of pumpkin picking that I had ever experienced.   I was so glad to be able to give my mom a real taste of Alabama.  I don’t know if she ever thought she would see her granddaughter climb huge bales of hay, but she did.   And by the end of the day Mini was filthy, muddy and exhausted.  But it was so worth it to see her have fun.  Like I say..When in Rome… 🙂 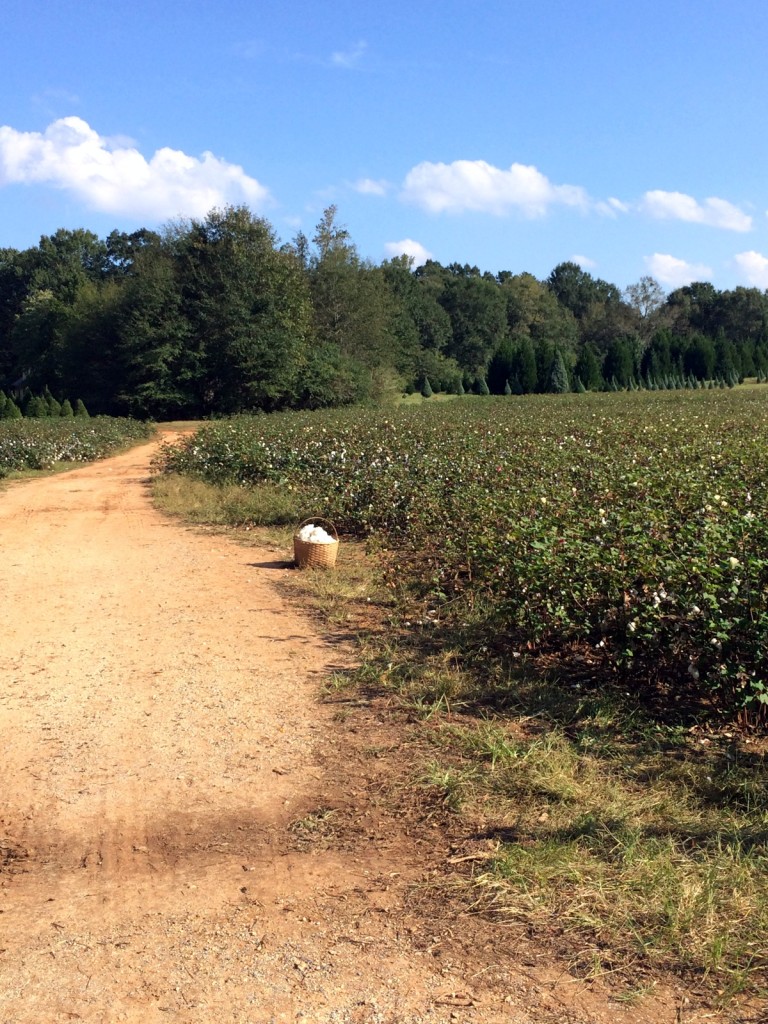 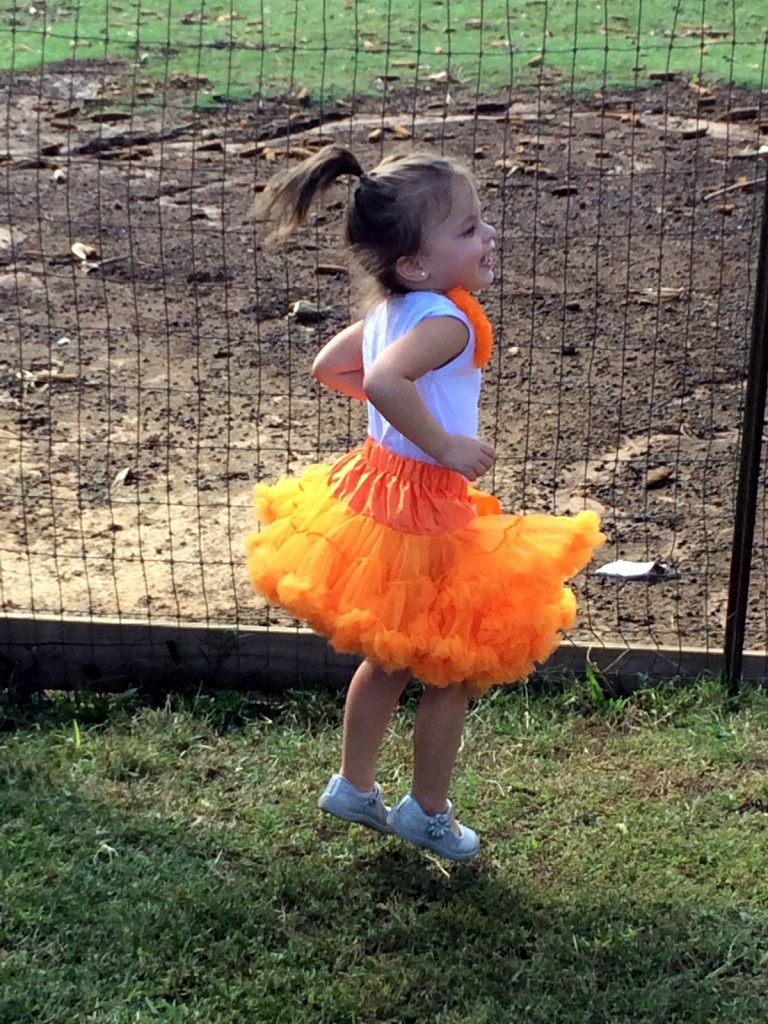 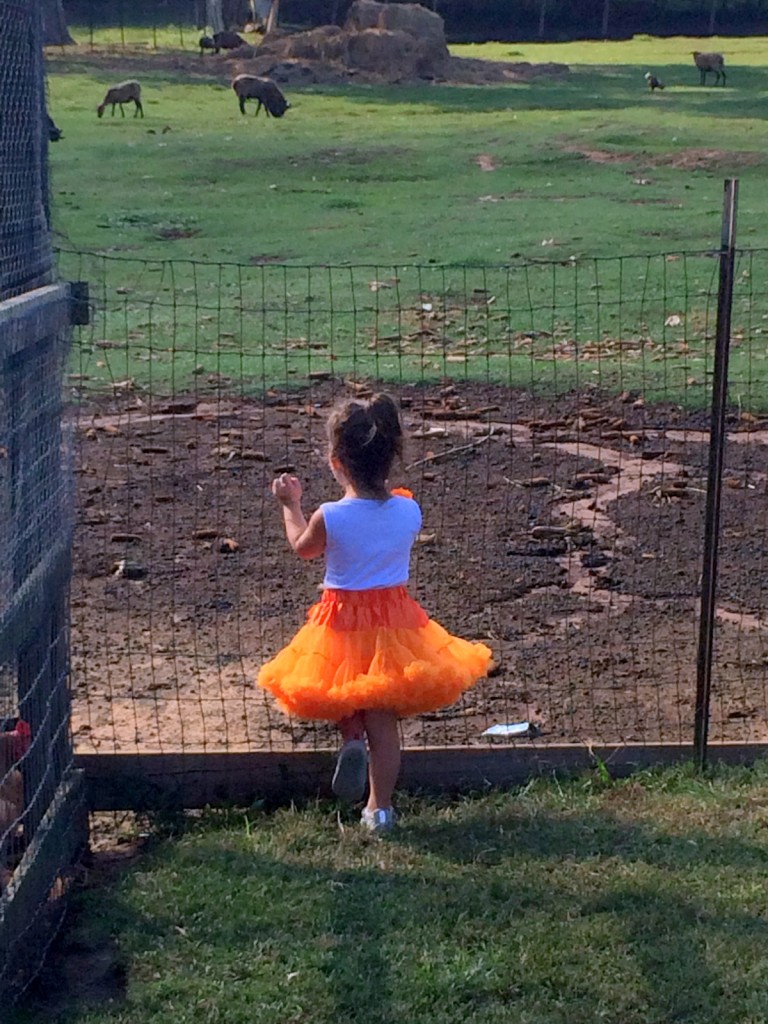 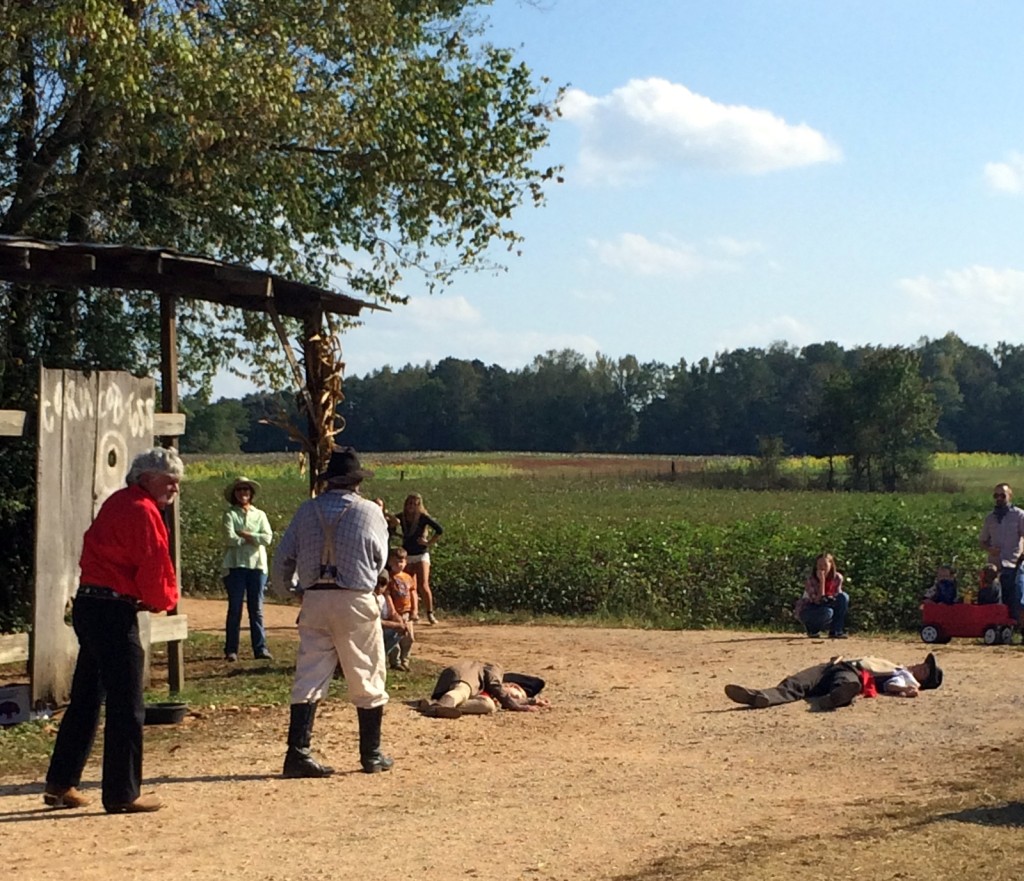 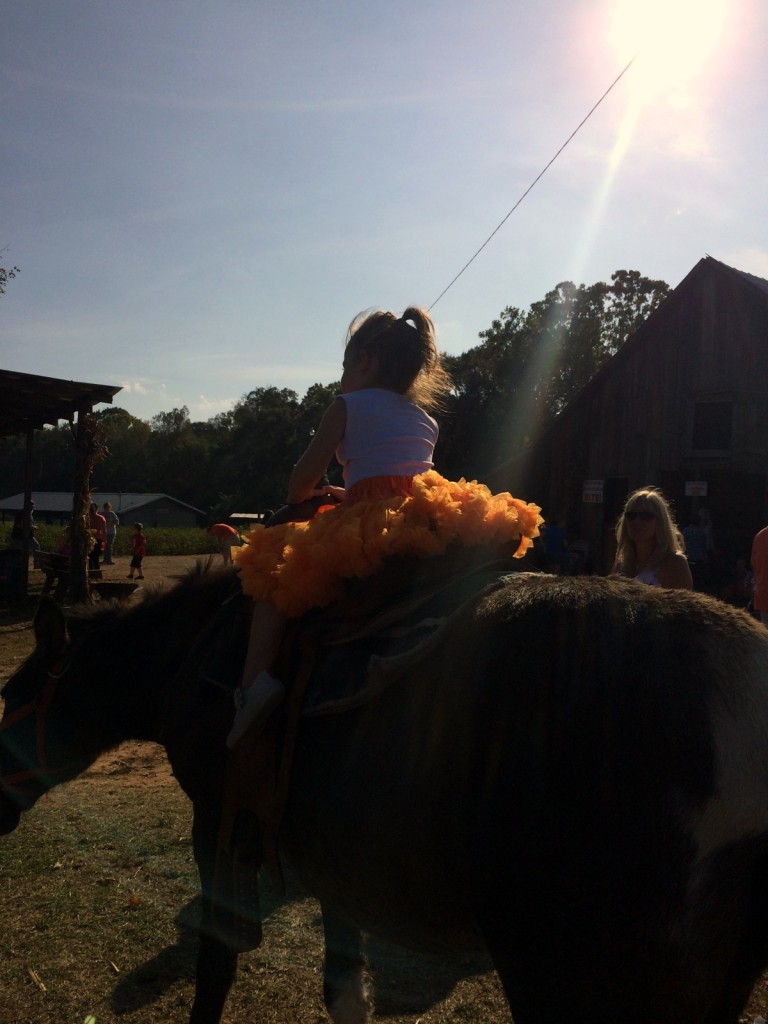 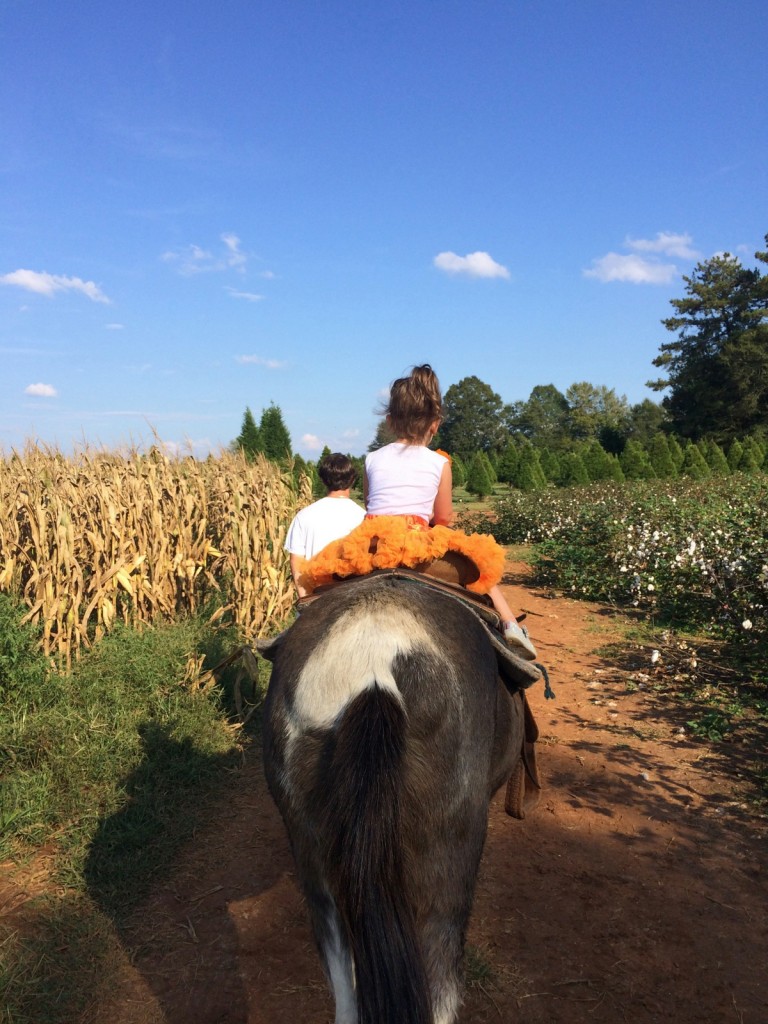 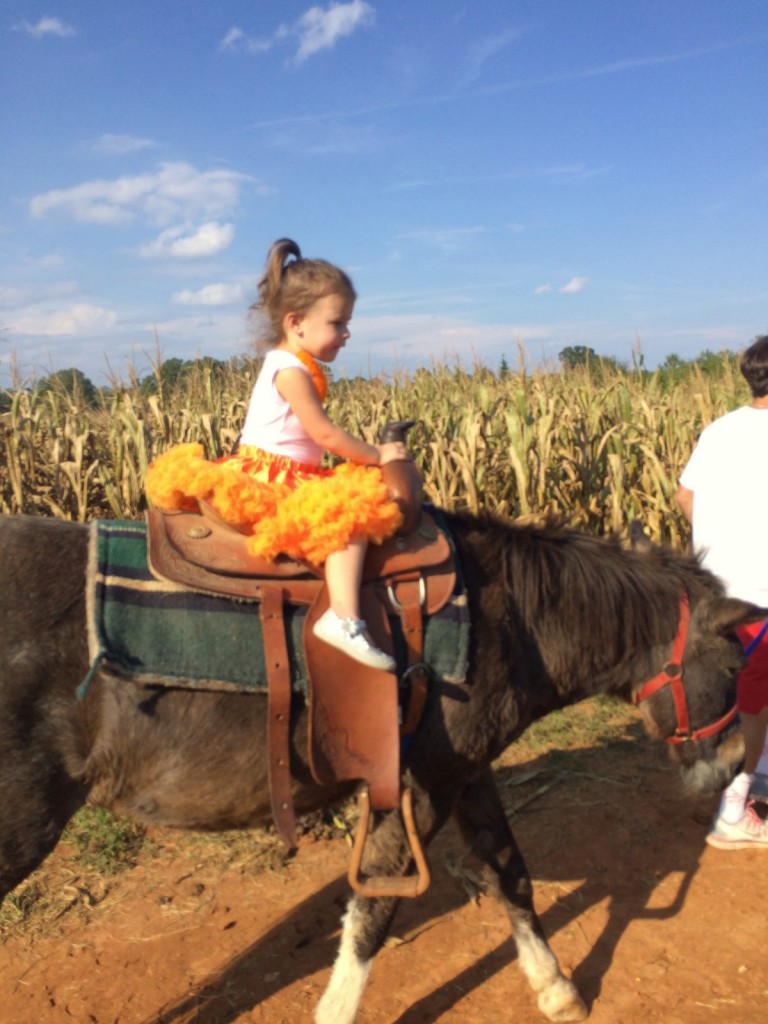 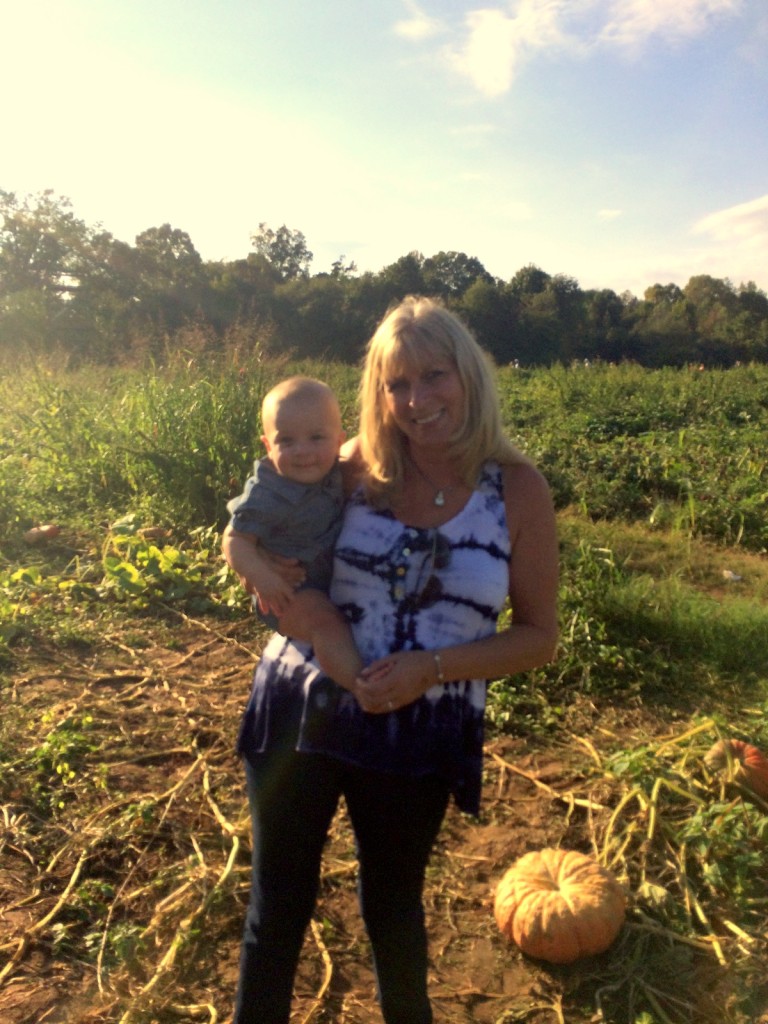 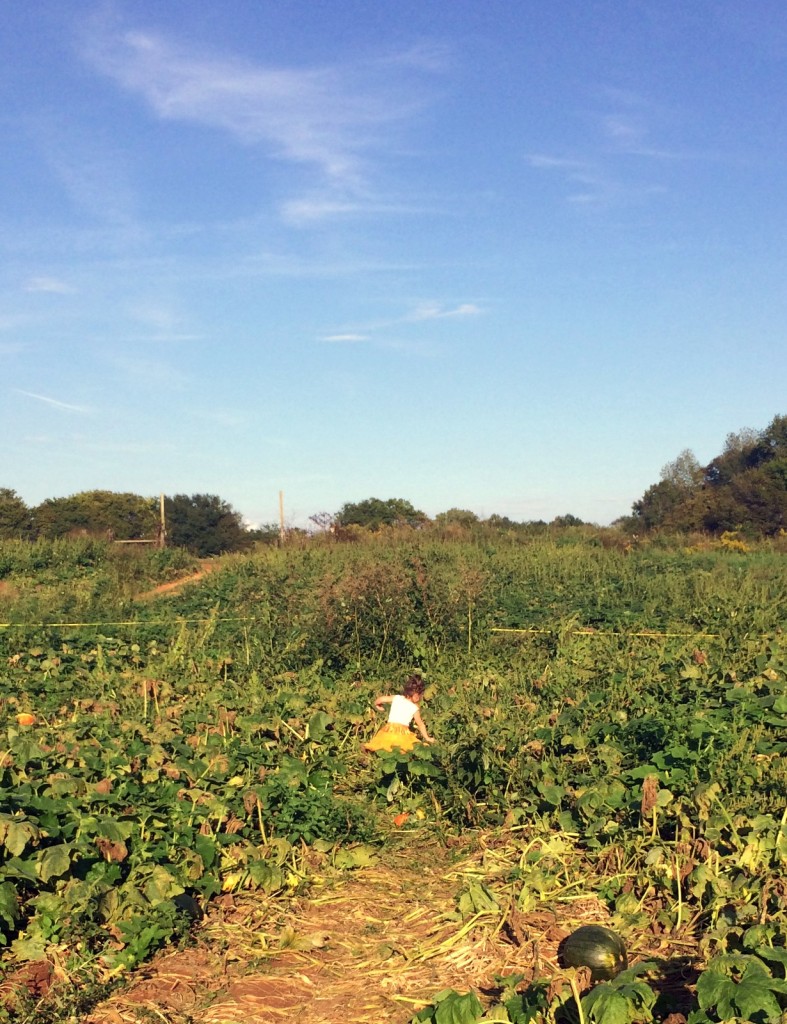 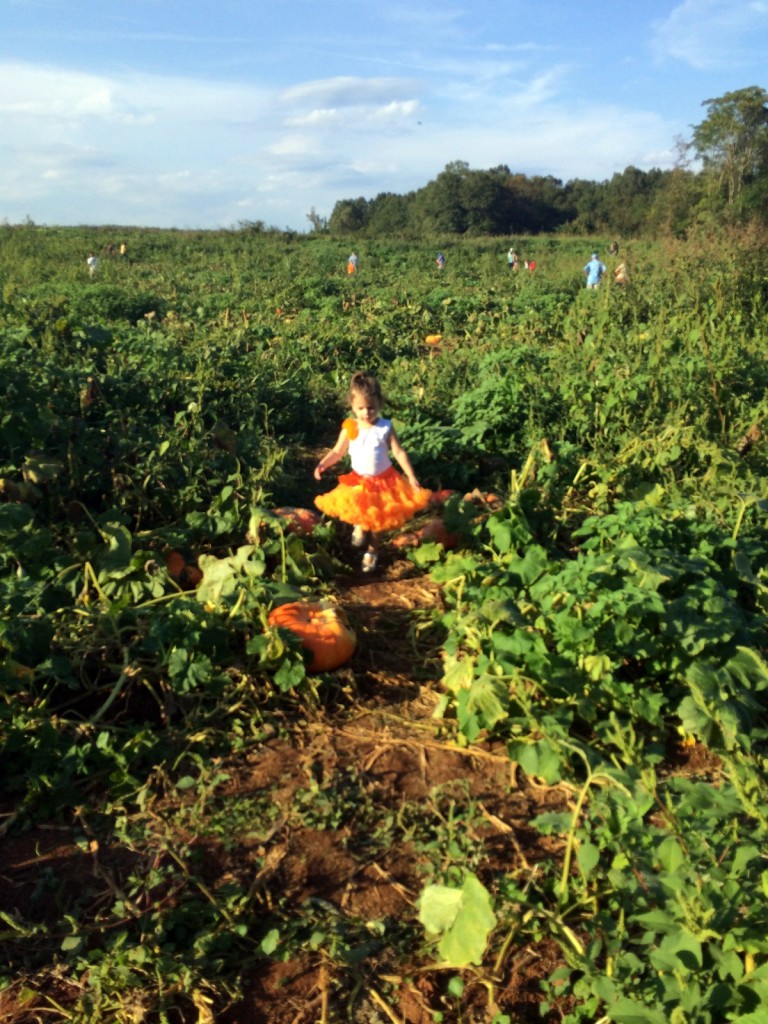 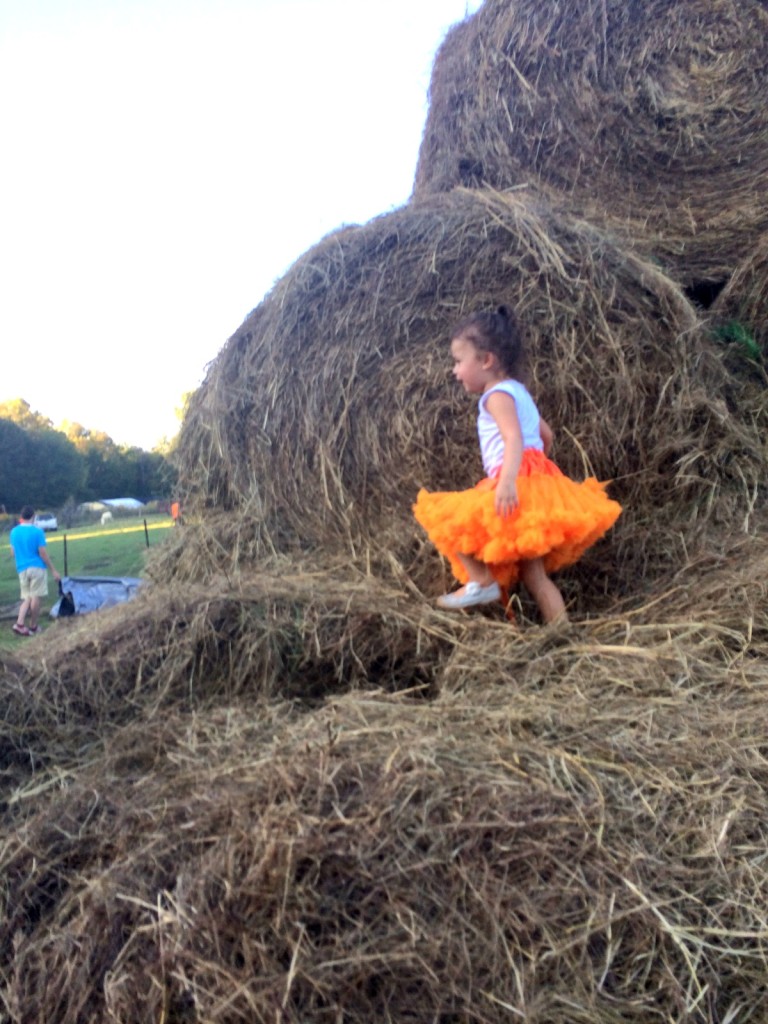 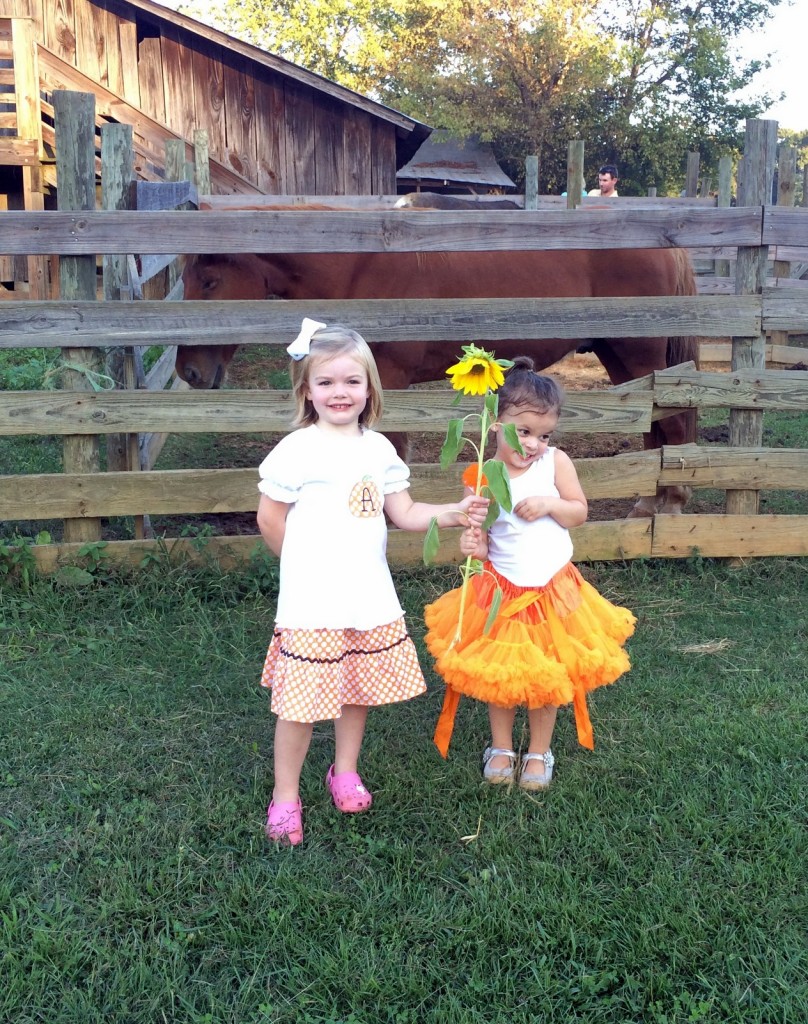 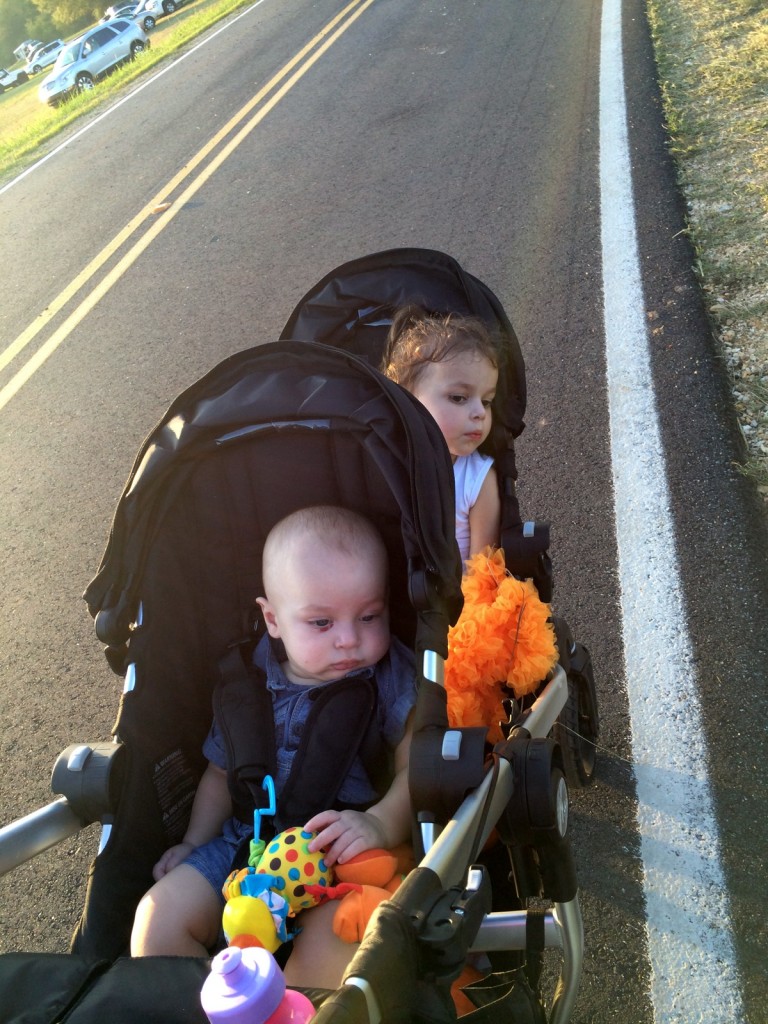 The truth about being pregnant