doing the best I can. 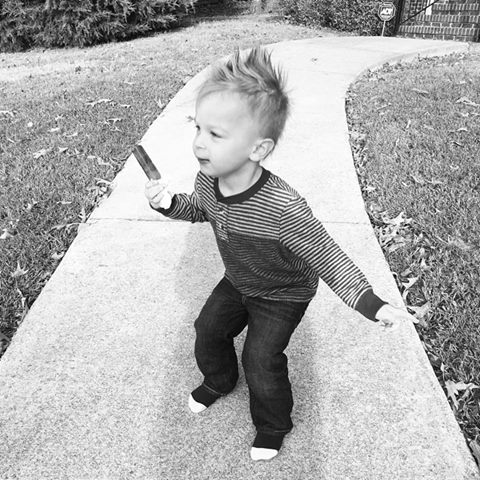 The sound was muffled at first.  My ears perked as they always do since having my babies but I couldn’t quite place the noise.  Confusion.  That’s all I heard.  A barely audible gasp followed by a few soft thumps.  After what can only be described as the longest second of my life I realized what was happening.  The knife I was holding dropped onto the floor and I raced to the front of the house.  I remember screaming his name.  As I ran the thumping got louder and by the time I reached the landing he was lying at the bottom of the staircase screaming.  All I can remember thinking was, “thank god he’s screaming.  I think that means he’s ok”.  I scooped him into my arms and pressed his body to mine.

And then I started sobbing.  Shouting all sorts of questions up the stairs to his sister between my gasps for air.  “Did you see it happen?  How high was he?  Why was he playing on the steps?  Do you see blood?!  Is he bleeding?”  I was shouting at her.  Screaming through my tears.  His little body, racked with sobs clutched so tightly to mine.  I noted each time he moved an arm or leg and I ruled out possibility of a broken bone.   I searched his head for bruises.  Nothing.

The tears still poured.  Now from all three of us as my daughter stood at the top of the staircase terrified.  I called to her “he’s ok.  I think he’s ok”.   I crumbled to the floor with him still clinging to me.  How did this happen?  How did I let this happen?  I must have called 10 warnings up the stairs in the past 20 minutes.  “Don’t play on the stairs.  Stay in the loft.  Don’t bring toys on the steps.”

How did I let this happen???

I spend my entire day trying to protect my children.  Cutting their grapes in half so they don’t choke.  Holding their little hands when we cross the street.  Making sure they are buckled properly in their car seats.  Shielding them from other cars in the parking lot.  I always joke “of course my kids will get hurt.. But not on my watch.”  Because I’m supposed to protect them.  I’m supposed to be the one who catches them before the fall.  Who anticipates the accident before it happens and intercepts it.  Protecting my babies.  It’s my job.  But that’s not always the case is it?

I was 20 feet away.  20 feet!  I am constantly warning them not to play near the top of the stairs.  Today was no different.  I yelled and pleaded warnings right and left.  And he still came tumbling down.  Oh, I cringe just thinking about it.

I wish someone would have warned me about this.  I wish so badly someone would have told me that once I had my first baby I would worry every single day for the rest of my life.  But they didn’t.  Perhaps they didn’t want to scare me.  Maybe they were too busy worrying about their own babies.   And I get that.  If someone would have handed me a box of bubble wrap and told me I would understand one day I would think they were bananas.  Yet here I am searching my child for bruises and wishing I could wrap him in bubble wrap.

It’s hard to ignore the guilt consuming my heart.  But I know this was not my fault.  I know I do my best.  I know with every ounce of my being that if I was standing there I would have pushed him out of harms way and taken the fall myself.  But I won’t always be at arms reach.  I won’t always be able to take the fall for them.  And that doesn’t make me a bad mom.  It simply makes me human.  And while it is tough to swallow the idea that I won’t be able to protect them from everything, I am comforted by knowing that I do the best I can.  Accidents are going to happen.  Knees will get skinned.  Bones will break.  And I can only protect them the best I can.

So just keep doing what you’re doing fellow mamas.  We are all just doing the best we can.  Motherhood is a tough gig and while it would be less stressful if our babies came wrapped in bubble wrap that isn’t exactly how it works.  So teach them right from wrong, warn them of dangers they are unaware of and prepare to give kisses to a lot of boo boos.

I love to connect with my readers on social media, so feel free to share this with a friend, pin it, and find me on Instagram and Facebook. 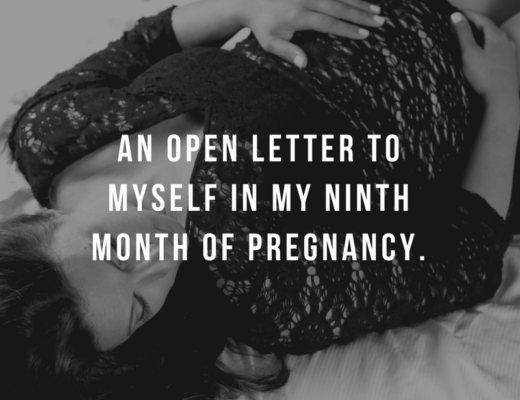 An open letter to myself in my 9th month of pregnancy